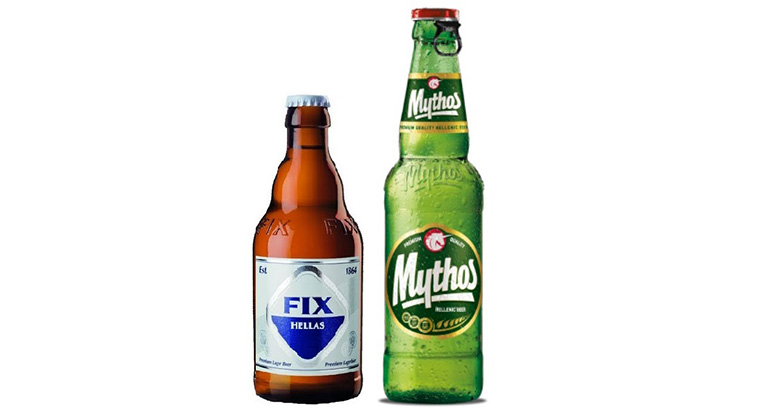 Introducing FIX Hellas beer to the US for the first time

Brooklyn, N.Y. – April 29, 2016– Olympic Brewery S.A.is pleased to announce the appointment of Nestor Imports, Inc. as the exclusive US importer for two of the largest Greek beers: FIX Hellas (FIX) and Mythos.

This marks the first time that the original “all time classic” Greek beer FIX Hellas will be available in the United States. FIX is the Hellenic beer with the longest and richest heritage, dating back to 1864. It is the first beer that was created and produced in Greece and has been awarded 38 gold medals and prizes for its high quality and superior taste.

Having previously been imported to the US, Mythos will now join the prestigious portfolio of Nestor Imports. Mythos, created in 1997, is the first contemporary Hellenic beer to successfully launch. It has since become one of Greek’s favorite and the #1 selling Hellenic beer in the world, with double digit growth rates in Exports Markets since 2010. Mythos has a fresh new label and a new easy open cap that once opened it “Feels Like Greek Summer!”

“We are thrilled to welcome FIX and Mythos to our family of brands.” Said Peter Ioannou, General Manager of Nestor Imports. “It’s an exciting time for US beer consumers. Through our partnership with Olympic Brewery, these historic and iconic brands will be able to be enjoyed by US beer lovers – just as they are enjoyed by consumers around the world.”

These two Greek beers are arriving just in time for summer — look for them on the shelf this June.

Olympic Brewery S.A. is the upcoming Greek corporation in the beer industry, formed by the merger of Mythos and Olympic breweries in 2015. Combining the Greek DNA with the international footprint of the Carlsberg Group, the company constitutes a strong player with the vision and the dynamics to change the Greek beer landscape. The company owns two plants with a combined capacity of 2.2 million HLs, distributes its rich portfolio of local and international power brands in more than 90,000 domestic points of sale and through a wide network of distribution partners has a strong presence in 40 countries in all 5 continents.